All is not so in Dundrum!

So we had the opportunity to photograph one of our most exciting residential projects to date this weekend and I thought that you might like to have a look.

This project started in 2012 and was completed at the beginning of the summer this year. There was a considerable amount of planning with this project as our client went through a difficult process of weighing up the pro’s and con’s of putting on an extension. In the end, a full renovation and extension was agreed on.

The house was built in 1950 and with the introduction of a very contemporary extension to the rear, it was very important to our client that the integrity of the original house was not lost. With this in mind we set about designing an interior that bridged the gap between old and new. 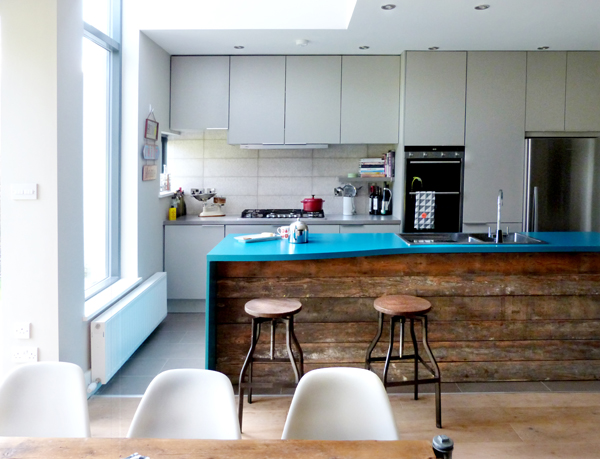 The kitchen is a great example of this, which was designed by Think Contemporary. It mixes the old and new with the use of Formica in two colours and a reclaimed timber cladding. 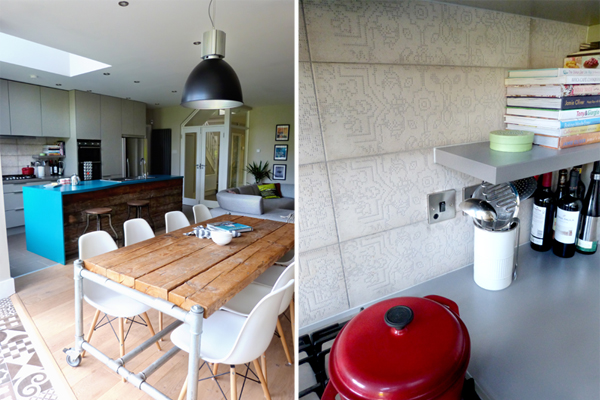 There was a large mix a materials used in this space, from Formica to reclaimed scaffolding planks and tile to metal fittings, creating interesting elements throughout. 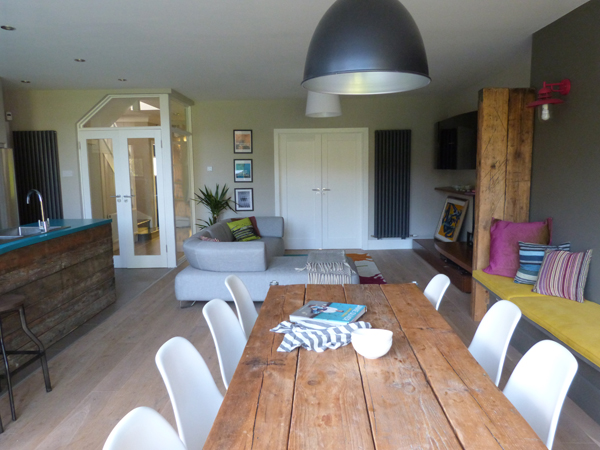 The dining table was designed to be used indoors and outdoors, with simple lockable wheels. The design itself was embracing the use of reclaimed materials again, using reclaimed scaffolding planks for the top. 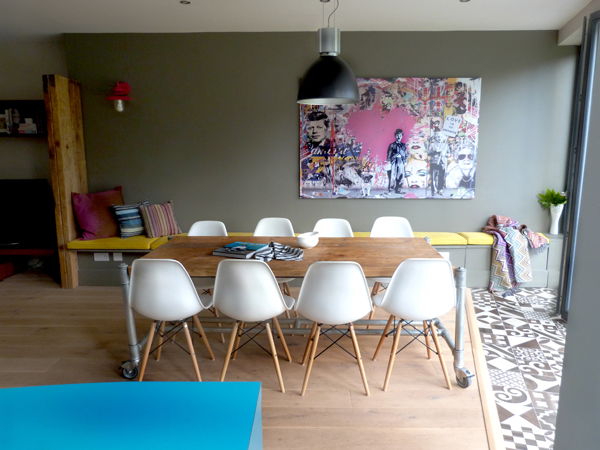 Colour was also a very important element in this space, with the vibrant turquoise island taking pride of place in the center of the room. Other accent colours were used to highlight other interesting areas in the space, such as the built in bench. 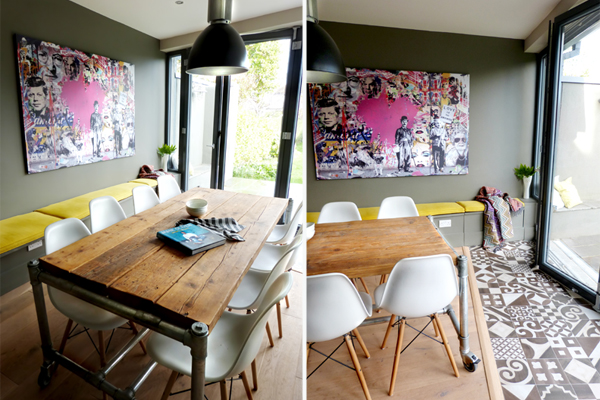 The sofa is from Bo Concept which my client already had, so this was incorporated into the design. 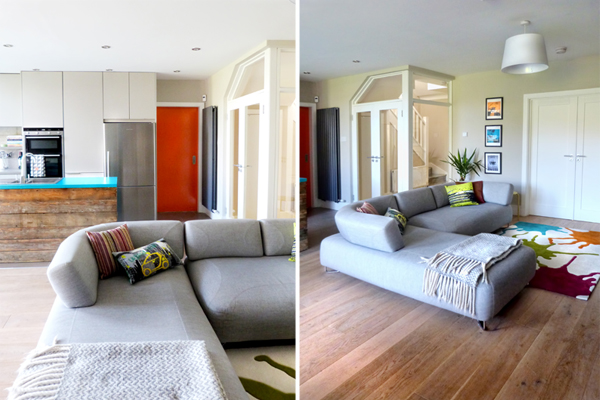 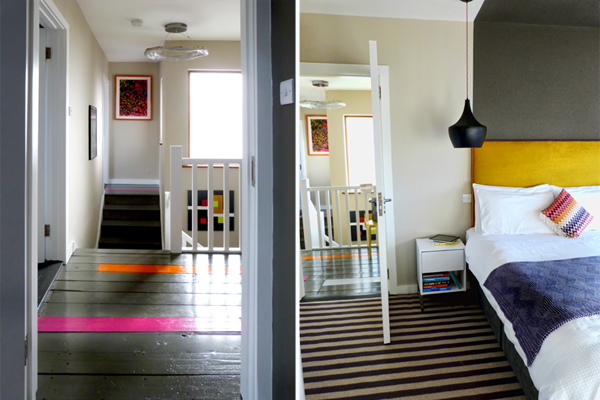 The original floorboards were left exposed on the stairs and landing, so we decided to work with them and create an interesting feature using some of the accent colours from the main living space.

My clients wanted the master bedroom to have a slightly more luxurious feel but still wanted to incorporate some quirky elements. 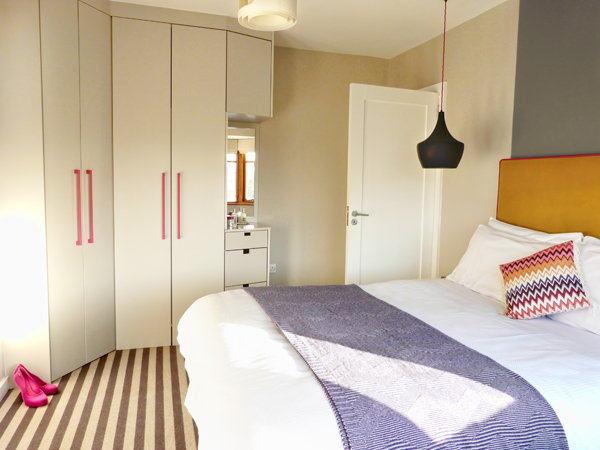 The paint detail came from the idea of a canopy, and giving the room a feeling of grandeur. We went with a beautiful upholstered headboard and added touches of pink throughout. I particularly love the carpet in this room which adds another dimension to the room.

We would love to hear what you think, so please let us know.