This one is for the Spud lovers! 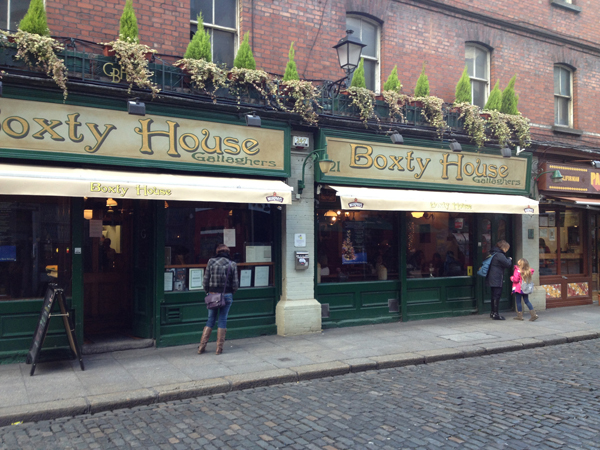 In January of 2013, we were approached by Create Branding to have a look at the interior for a project that they were working on, Gallaghers Boxty House.  On entering the 27 year old restaurant, we noticed a distinct Irish feel to the place, with a large amount of dark green and pine timber. This distinctive feel is what attracts thousands of tourists year round, along with Padraic Og’s famous Boxty.

It was extremely important that this overall feel remained, and that our new concept for the restaurant kept attracting tourists, but equally the locals. It was Padraic Og’s vision to appeal to the local community and fit in with the cool new vibe that is emerging in Dublin. 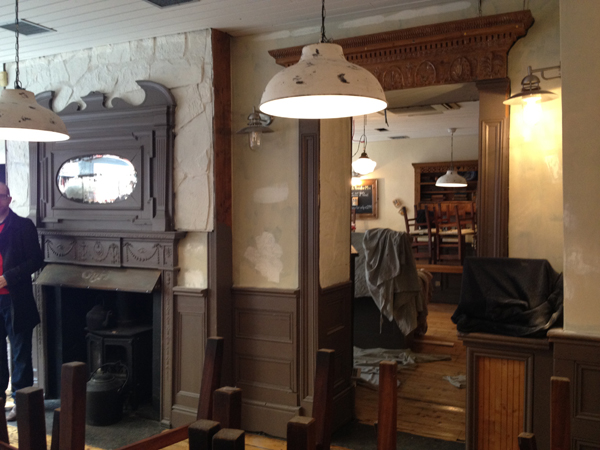 And so the task began, peeling back the layers and upgrading this much loved restaurant and Temple Bar institution. 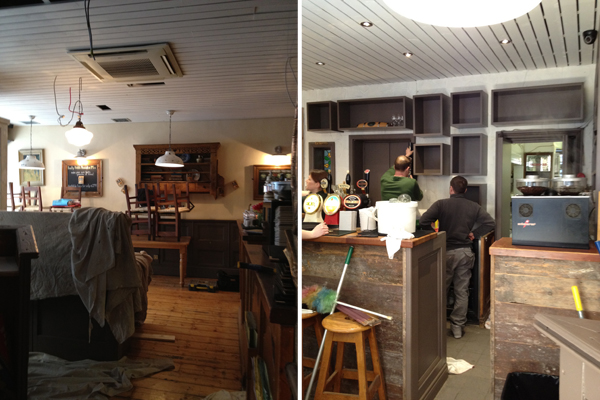 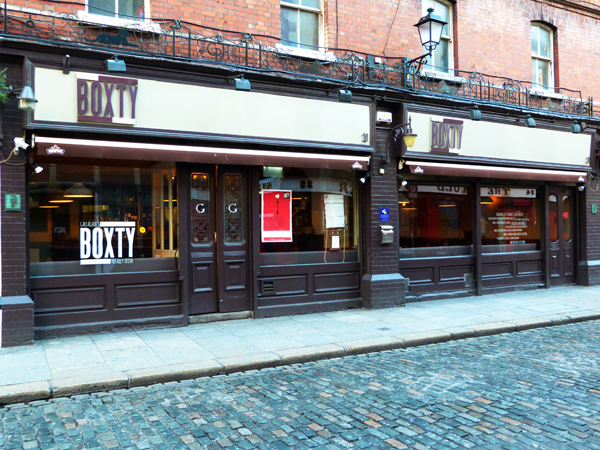 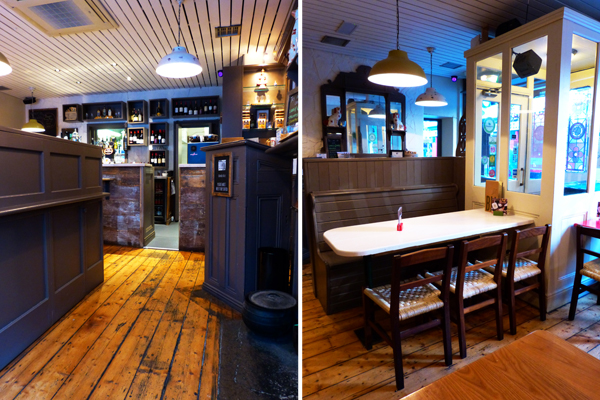 We wanted to create an interior that had lots of character but also had an edge to it. We retained a lot of the original elements in the restaurant, some we left them as they were and some we gave a new lease of life. 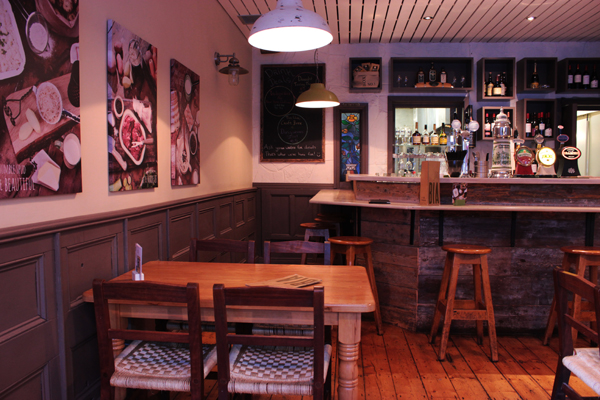 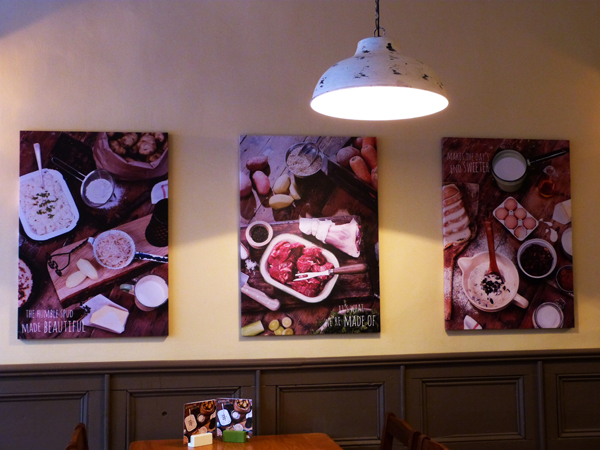 These fab images were created by Create Branding which really feeds into the whole ethos of the restaurant and what Padraic Og has created. 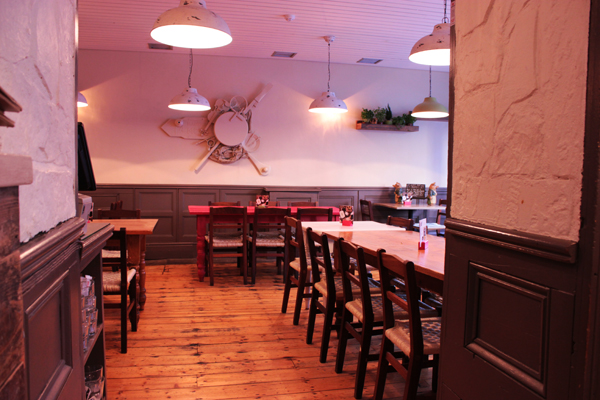 We really wanted to embrace the Irish culture in the restaurant, so we produced a 3d wall mural with key elements from our culture. Some of you may not agree, but we wanted to give a nod to old Ireland. 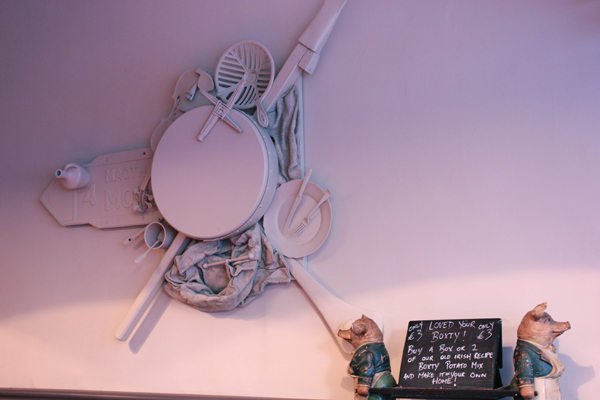 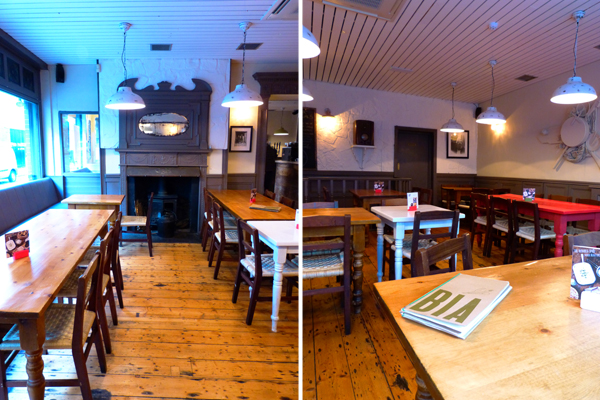 We also incorporated a lot of old pieces that were dotted around the restaurant, including 2 old parafin lamps which came from Padraic Og’s home place in Leitrim. Once polished up, they looked great. We really wanted to bring in some quirky elements, so we decided to paint random tables bringing a much needed pop of colour to the restaurant. 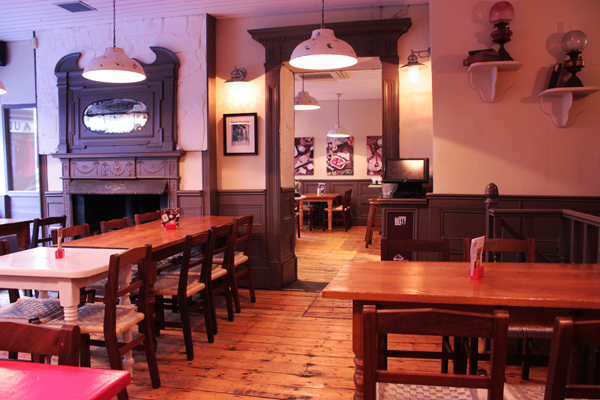 If you are in Temple Bar over the coming weeks, why not pop in for a bite and a few drinks, I hear they do a mean Bloody Mary….

We are  always on the look out for an exciting project, so if you know of someone who is considering renovating their premises, we would be delighted to have a chat with them.